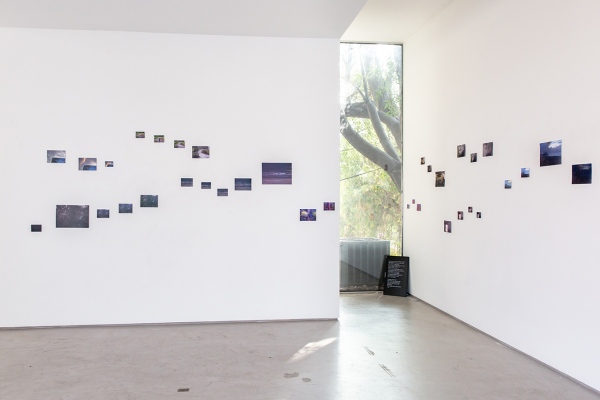 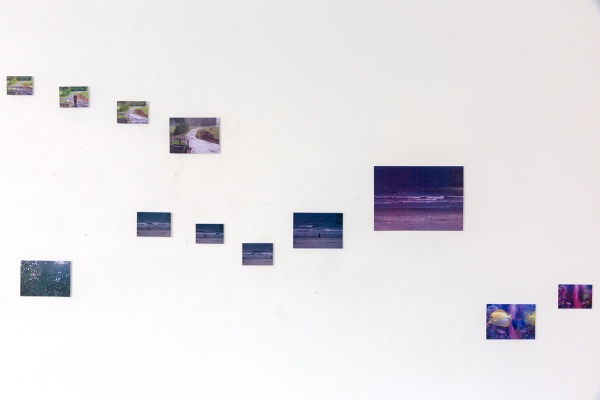 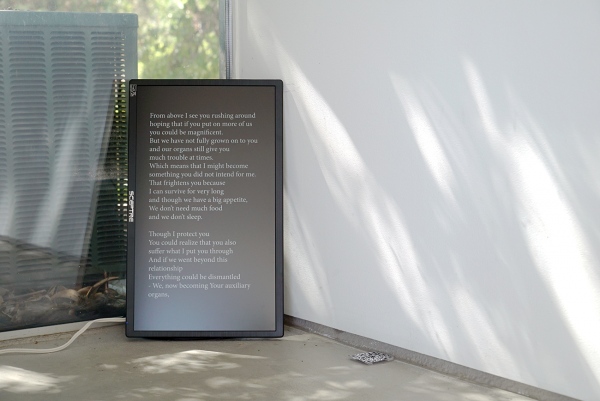 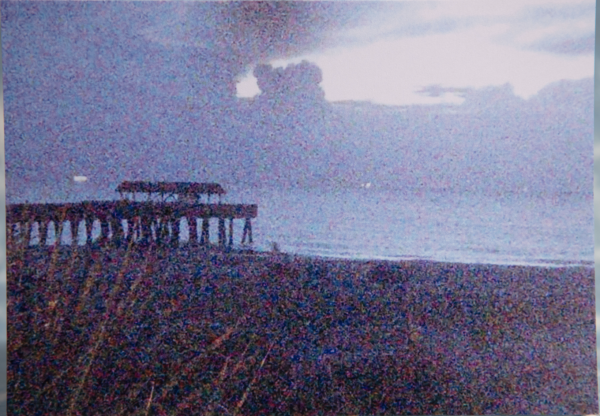 Dark Green Of Neither Earth Nor Sky (photographic installation with video, 2020, in collaboration with Karlis Bergs)

About 5,000 private surveillance cameras around the United States are available online because the owners connected them to the internet, but never changed the login and password. These cameras were set up to guard various spaces that are or were once considered precious to the owners of the cameras, for one reason or another. Since then, the owners may or may not have forgotten about the cameras, and because the owners did not change the factory settings, anyone on the internet can observe what these cameras capture. Our virtual presence has a very material presence, as our online actions are archived, traced, and stored, waiting to become exploited as useful, or useless, information available to those with access. At the moment these owners connect their private camera to WiFi, any preservation of the data for its original purpose, lost.

Dark Green Of Neither Earth Nor Sky is composed of photographic short stories derived from this archive. These spontaneous and mundane moments, rendered in stillness, speak to this current period of increased physical isolation and solitude and dense digital connectivity and surveillance. Voyeurism is directed at those who sought to control what they could of their property, creating a profound loss of personal space. However, as theorist Claudia Grigg Edo writes: “....the originary purpose of the cameras stains the images, recalling the violence instigated to protect private property in the last few months alone – and the private property furiously and triumphantly destroyed in the wake of that violence.” The photographic sequences are coupled with a text written from the point of view of a technological subjectivity that has emerged from this network.

Against the dark doorway I see you

materialize out of darkness

You think you hear voices before you

reach the other door in front of you

Tilting a little down the hill, as the house does,

a breeze draws through the hall all the time, upslanting.

A feather dropped near the front door

will rise and brush along the ceiling,

slanting backward, until it reaches the down-turning

current at the back door:

so with my voices.

As you enter the hall, we may

sound as though we are speaking out of the air about your head.

From above I see you hurrying around

hoping that if you put on more of us

you could be magnificent.

But we have not fully grown on to you

and our organs still give you much trouble at times.

something you did not intend for us.

That frightens you because

I can survive for very long

and though we have a big appetite,

We don’t need much food

and we don’t sleep.

Though I protect you

You could realize that you also

suffer what I put you through

And if we went beyond this relationship

Everything could be dismantled

- We, now becoming Your auxiliary organs,

Could together be Recreated, distributed, and circulated

falling into the hands of someone who

does not deserve us,

And eventually becoming something that will

For now, though, You begin to empty yourself for sleep.

Forgetting about me, you lay down looking up,

the clouds giving them the illusion of retrograde.

In a few hours the moonlight will be on you and it will be still.

On me the moonlight will move, dappling up and down.

And before you are emptied for sleep, what are you?

The rain begins to fall,

then eventually pour, on a road inside of

the perimeters You mapped for me

and outside of the perimeters You mapped for Yourself.

A runnel of yellow neither water nor earth swirls,

curving with the yellow road neither of earth nor water,

down the hill dissolving into a streaming mass of dark

green neither of earth nor sky.